Defying Destiny by K.A. Liddiard is a fast-paced thriller set in a not so distant possible future. Science is mixed with reality to produce the start of an exciting new series from the Australian author.

The first in the Alexa Chronicles, Defying Destiny introduces readers to a future where science gives people the chance to restart their lives. At fifty, Alexa Dartmoor is lonely and unfulfilled in life. Suddenly she's given the opportunity to have the life she's always wanted. Committing to the procedure to reset her biological clock, Alexa wakes up two years later with a younger, perfect body.

Instead of the happiness, Alexa thought she'd embrace, she finds herself a part of a dangerous and secretive company that will demand more of her than a simple identity change.

But she only regretted her change of identity when she realized she couldn't speed through the domestic passport queue. She'd been nervous she might meet someone who knew Ashleigh. But Rick pointed out it was inconceivable for anyone outside of GenTech to imagine Ashleigh was alive and well and looking almost thirty years younger.

Within a few months of starting her work for GenTech, Alexa begins to realize that something is wrong. The ethics of the man leading the company only apply to his goal of world domination through the company's brand of high-tech science. He'll stop at nothing to achieve his ambitious goal.

Alexa begins untangling the half-truths she was fed about GenTech. The man she had started to fall in love with doesn't exist. Instead, he was only using and manipulating her as a means to an end. Her heart now broken and frightened by her new reality, Alexa wonders who she can trust. She also has to decide if she dares to fight for the truth or to simply give in to GenTech's demands.

Defying Destiny is a fun and thrilling introduction to this new sci-fi thriller series by K.A. Liddiard. It weaves together technology, mystery, danger, and a little romance. The author addresses a social issue many men and women face, the fear of growing older and living an unfulfilled life. It touches on the inherent dangers humanity can face when science and technology are used to fulfill their greatest wish: to look younger and have the chance to redo certain stages of their lives.

K.A. Liddiard has written a thought-provoking book that promises to be the first in an exciting new series. The Alexa Chronicles highlights the character flaws in all of us, and how easy it is for things to get out of control. A great read! Fans of sci-fi thrillers won't be disappointed in Defying Destiny and will be eagerly awaiting the next installment featuring Alexa Dartmoor.

"When science and business conspire; can humanity survive?"

About the Author - K.A. Liddiard 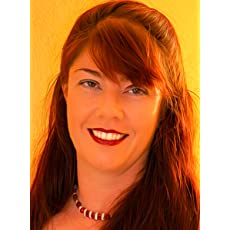 Karen (KA) Liddiard writes contemporary thrillers with a futurist tweak, a twist of adventure and a dash of romance, because who doesn't need time out in between saving the world? Like Michael Crichton weaving a great adventure after extracting DNA trapped in amber, Karen teases scientific possibility into intriguing encounters with current reality. Her debut series, The Alexa Chronicles, is a page-turning escape that explores the ultimate life do-over with the classic be careful what you wish for twist! While she lacks the fighting skills and fitness of her feisty heroines; Karen has survived teaching angst-ridden teenagers how to read and write proper-like; the epic pettiness (and sharp knives) of corporate politics and the moral ambivalence of selling business software that almost works but no-one will use. She enjoys launching fast cars down a freeway and on weekends she'll sling an SUV through dust, dirt and ruts to get to the perfect Aussie outback campfire destination to enjoy with her partner and their bark-aholic fur-kid.

Karen says, "As a reader, I delight in stories that take me on an adventure with characters who I want to call my friends. I rejoice when villains get their just desserts as their wicked plots are defeated. Because I'm a glutton for entertaining writing; I read across many genres and enjoy a sweeping historical romance, an epic fantasy or nail-biting thriller; liberally salted with some sci-fi, comedy and crime." "But I am always intrigued by the near possible; the scientific breakthroughs that nudge us towards one of many potential futures. And so, the science and the technology of my stories provide an intriguing background of what if this was already possible?" "Above all else, it is the adventure of the characters who inhabit my imagination and demand I share their stories that is important. I hope you will enjoy meeting my characters as much as I have revelled in creating them. Happy reading."