The Disclosure Paradox by first-time author Paul G. Vecchiet is a science fiction novel that dives into multiple genres. You'll find action, spirituality, and societal issues. It's written to provoke and stimulate conversations, unlike other sci-fi novels. The focus of the book is to bring together people that believe in science and those that are deeply religious.

Louis Silvani is an older man, set in his beliefs. He's a dedicated ET blogger and UFO lecturer. He's determined to convince his listeners and followers that aliens exist. Unfortunately, his presentation did not go as planned. His world is further turned upside down when he meets Mary Ellen Velarde. She's a Jicarilla Apache who seems to know everything about Louis. From here, Louis's heart-pounding adventure starts.

On their adventure, they meet friends and enemies. Some have astonishing abilities. They'll face physical and spiritual challenges as they work towards their goal. Louis learns that a group of women is searching for their stolen babies. He also learns the Mary Ellen is one of the infants stolen from her mother's womb. The children are part of the various parties' struggle to help mankind reach its true destiny. How they are helping is not always for mankind's benefit.

The characters have depth and are believably drawn-out. Anyone that picks up the book will find a resemblance to someone they know. The book accurately reflects all of mankind's faces, including the uglier sides. Religious enthusiasts and UFO buffs will both find echoes of their respective beliefs and ideologies accurately represented. The goal of the book is to bring both sides together, not belittle one or the other.

You'll think about your existence and what it means. The Disclosure Paradox is a thought-provoking novel. It questions what society considers as conventional. It also opens up conversations about controversial subjects. For his first novel, Paul G. Vecchiet has written a story everyone will talk about.

Born in Italy and raised in the U.S. since he was three, Paul G. Vecchiet has led an active life. He's a proud former Air Force officer and a licensed architect working for the United States Army Corps of Engineers. With his ground-breaking first sci-fi novel where science and spirituality collide, readers will be eagerly awaiting his next book.

"Breathe in deeply." Mary Ellen inhaled deeply, held it in and then exhaled slowly with lips partially closed, showing Louis. Louis followed her instructions and did exactly as she did. They repeated the exercise a few more times. Louis regained his composure. "They don't want me to continue with my work. They threatened to kill my family if I did not heed their warning. They did not speak, but I heard what they told me. They knew what I was thinking, and they used it to terrorize me."

About the Author - Paul Vecchiet 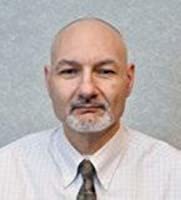 Paul was born in Trieste, Italy and came to the United States with his parents at the age of three. He's lived most of my life in Chicago suburbs. He graduated from the University of Illinois with a degree in architecture design. Soon after, he joined the Air Force to be a Civil Engineering officer where he had an experience that caused him to be cynical of conventional wisdom. After thirteen years, he left and practiced architecture in Illinois. He is currently employed by the United States Army Corps of Engineers. Paul lives with his wife, Janice, and their two rescue dogs, Mowgli and Leila in rural West Virginia, where they could see a canopy of stars at night. The website is www.thedisclosureparadox.com.