EO-N is Dave Mason's first novel and readers should prepare to be impressed. The graphic designer and co-founder of multiple software companies has written a compelling and touching story. Surprisingly, considering the author's background, EO-N leaves his familiar tech world behind.

The novel starts with a brief description, "The late afternoon sun warmed her face, the blanket was soft and comforting, and she thought nothing but good thoughts." However, readers will be left wondering who the girl or woman is when Chapter One begins with a boy, his dog, and a lot of snow and ice.

Even though questions are answered throughout the book, readers are often left wondering at the end of the chapters. Instead of being slightly annoying, it helps to draw the readers into the story. In a sense, it mimics real life when all the answers aren't immediately apparent.

Dave Mason has tackled several topics in EO-N. It is a story about family and acceptance mingled with history. WWII figures prominently in the book and it highlights the lasting effects the war is still having today.

While some liberties have been taken, WWII buffs will appreciate the historical accuracy. This includes military telegrams, squadrons, and the aircraft used during this period in history. Even the airplane featured prominently in the book matches the specifications used by the British manufacturing company.

Readers will meet several characters throughout Dave Mason's story. The differences between the various character are profound but they are also drawn together by a singular discovery on the glacier. Dave Mason expertly brings these characters together in a manner that seems natural, not contrived. It's a skill few first-time writers can pull off so smoothly.

The amount of research that went into writing EO-N is evident in the fighter scenes. Readers will experience the tension felt by the squadron as it comes under attack and be able to visualize it clearly in their imaginations.

EO-N does jump back and forth in time throughout the chapters. The characters are also often in different countries. At times this can be a little confusing sending the reader back to clarify which character's story they are following. However, this doesn't take away from the novel's emotional impact on the reader.

Overall, Dave Mason has written a compelling first novel. It is one that readers of all ages can identify with. The fact that the novel takes place primarily in Norway and Germany gives it a more historically accurate feel. By the end of EO-N, readers will be eagerly anticipating the author's second work of historical fiction.

"Sixteen more Mosquitos appeared, each rising up in a choreographed aerial ballet before arcing over into their attack dives, each spouting telltale puffs of light grey smoke and streams of bright white tracers as their rockets and cannon shells amplified the annihilation."

About the Author - Dave Mason 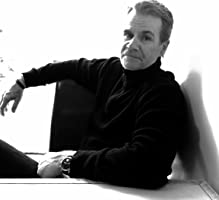 Born in England and raised in Canada, Dave Mason is an internationally recognized graphic designer and cofounder of a number of software companies. He divides his time between Chicago, Illinois, and Lunenburg, Nova Scotia. EO-N is his first novel.