The second installment in C. Hofsetz's the Enemy of the God's series, Challenges Of The Gods is an exciting and sometimes thought provoking read.

What if you could talk to the gods or at least their messengers in your dreams? Imagine all the possibilities. This is the premise, a science fiction – fantasy series with a unique and fascinating plot.

C. Hofsetz's has a writing style that is descriptive, while also being easy to read. The story flows from beginning to end, without any stagnant points in between. The story starts off with an incoming missile and ends leaving readers wanting more.

Characterization is lacking, but the complex storyline makes up for it. Readers will find themselves lost in the world C. Hofsetz has created. It is complex and imaginative. It's easy to picture yourself on earth or its parallel world, Jora. Challenges of the Gods is a series that teens and adults will enjoy. It is a story that will make you think. This can be rare in sci-fan books, but C. Hofsetz accomplishes it with his characters' thoughts and actions. From Zeon thinking that humankind doesn't deserve robots like Harry to his thoughts of Marie at the end of the book, almost every reader will find something in the characters that relates to them.

The book starts off with Zeon in prison. His prison is a deserted island on the alternative earth. His only companion is Harry, a highly advanced robotic cat. Harry can "talk" to other types of technology, which does give the readers a few chuckles throughout the book. Harry also makes Zeon and readers question how they treat others. There are other similar messages throughout the book. It just takes paying attention to spot them throughout the story.

The book is brilliantly introduced with a quote from Fernando Pessoa: "Sometimes, when I wake up at night, I feel invisible hands weaving my destiny." In Challenges of the Gods, someone is controlling your destiny. It happens when you fall asleep and enter the world of Pangea. It is a beautifully imaged world by the author, one that is easy to envision even when you're awake. Whether it's the gods or their messengers, no one on earth has complete free will.

This is a story about freedom and survival in a world or worlds that are rapidly changing. Enemy of the Gods is a book that you won't want to put down until the last page. Then, you'll be waiting with other series fans for the next installment.

For anyone that is looking for a unique sci-fan book Challenges of the Gods is a great choice.

"Sometimes, when I wake up at night, I feel invisible hands weaving my destiny."

About the Author - C. Hofsetz 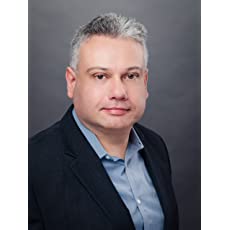 After working for several years as a professor in Brazil, C. Hofsetz moved to the United States and changed careers. Currently, he is a Software Engineer Manager by day, and a writer by night. Software engineering and computers have been his passion since he was a teenager, but he's been reading novels for longer than writing code. One day, he couldn't help it anymore. He wrote the first chapter of a book. How bad could it be? But things escalated quickly. Next thing he knew, he was writing yet another chapter, and then the next. He tried to hide it, but his family knew he was up to something. When they figured out what he was doing, it was too late--he accidentally had written a whole book. The result of this journey is Challenges of The Gods, a story about a fantastic world of gods meddling with humans. For more info connect with him on his site, Twitter, Facebook or Instagram.