Soul Seeker by Kaylin McFarren is a novel full of terror, suspense, heartbreak, and drama. What starts as a confession by a death row inmate, turns into a fight between a demon, an angel, and Lucifer. The story will keep readers enthralled until the ending. Even then, readers will still be left with questions about their freedom and what redemption truly means.

The story begins with Benjamin Poe finally revealing his reason for murdering his son. While he never denied that he was the one who committed the crime, no one ever had a satisfactory explanation for why.

Poe begins his confession with an ominous statement, "I didn't know until that night that the world is full of monsters. Monsters with dark souls and claws, waiting for the chance to tear you apart."

He goes on to tell a tale of Crighton, a demon that manipulates humans and steals their souls. The soul-collector, as Poe refers to the demon, was what he tried to destroy to prevent his beloved son's soul from being lost forever.

As implausible as this story sounds from a convicted death row inmate, after Poe's execution Crighton resurfaces again to torment humanity.

Kaylin McFarren's Soul Seeker is not only a horror story about a demon sent by Lucifer to collect human souls. It is also a novel about redemption and the possibility that anyone can change for the better. In a sense, the author injects a bit of hope while also emphasizing that the road to change is difficult and full of soul-searching questions. The demon is eventually captured by The Sovereign Sector. The group's members are comprised of scientists whose primary work is to perform experiments on supernatural creatures. Instead of this seeming absurd, author Kaylin McFarren skillfully weaves the plot into a believable narrative that will keep readers interested until the last page.

One of the experiments performed on Crighton is to bond his soul to the angel Lucifer sent him to capture. Now with the angel as his soulmate, the demon finds himself targeted by Lucifer. Secrets are revealed to Crighton that starts him on a journey where he begins to question his beliefs and allegiance. In reality, his journey is not that different from yours when you begin questioning what you believe in and the reasons why.

Crighton also has to answer the question of whether redemption is true freedom or another form of enslavement. In reality, regardless of which path you take in life, you are still beholden to the beliefs of one side or the other. In a sense, both also offer redemption as long as you follow the rules.

Soul Seeker is the latest novel by Kaylin McFarren, winner of over 50 national literary awards. In it, readers will find a story that terrifies as much as it enlightens. A must read!

"I didn't know until that night that the world is full of monsters. Monsters with dark souls and claws, waiting for the chance to tear you apart."

About the Author - Kaylin McFarren 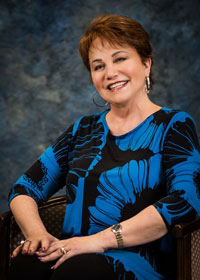 Kaylin McFarren has received more than fifty national literary awards, in addition to a prestigious Golden Heart Award nomination for Flaherty's Crossing—a book she and her oldest daughter, Kristina McMorris, co-authored in 2008. Prior to embarking on her writing journey and developing the popular Threads action/adventure romance series, she poured her passion for creativity into her work as the director of a fine art gallery in the Pearl District in Portland, Oregon; she also served as a governor-appointed member of the Oregon Arts Commission. When she's not traveling around the world or spoiling her pups and three grandsons, she enjoys giving back to her community through participation in and support of various charitable and educational organizations in the Pacific Northwest and is currently the president of the Soulful Giving Foundation—a nonprofit focused on cancer research, care, and treatment at hospitals throughout Oregon.

For more information about McFarren, her writing process, and her books, be sure to visit her website.