Toy by R. Parr is an unconventional love story that shows everyone deserves love in their life. The story centers on Troy, Tommy or Toy to his clients, a sex worker while he tries to navigate his work life and personal life. This is only made more complicated when his high school bully comes back into his life stirring up old feelings which threaten to ruin his work life.

R. Parr has created an effortless flowing story that is not bogged down with excessive description or background information. The story stands for itself and the dialogue truly makes multifaceted characters without it appearing to be forced in any way. Toy is a naturally flowing book that will have the reader moving from chapter to chapter without realizing just how much they have read.

The addition of the illustrations throughout the novel is a charming welcomed aspect of the narrative. In some novels illustrations can pull focus from the actual written story but R. Parr has expertly intertwined them together to only further enhance the story being told. While R. Parr's Toy touches upon tough and hard hitting subjects, such as homophobia and working in the sex trade, it still manages to keep its light and often playful tone.

However, this is not to say that Toy doesn't explore those difficult subjects it just does so in a way that showcases how the characters themselves deal the problems in their life. How the author deals with sex workers and their life outside their job is a truly fascinating read, as there is no stone left unturned. Every question that could come to the readers mind, from what about jealousy, are they safe, how can they go home after a day's work? All of them are perfectly answered in such a way that it drives the story forward and develops the characters.

Troy has battled many things in his life but hasn't allowed them to change who he is; this kind of strong self-assured character is a true testament to R. Parr's unique story telling. The author has created strong lead characters in Troy and Nick which the readers will simply adore following along in their lives while they find that a love has been there all along.

Not only is Toy a romance novel it also slips into the world of self-discovery especially when the focus is put on the character Nick. From chapter to chapter Nick's character is seen to develop and grow from homophobe to accepting himself and his sexual preference. It is to be admired that R. Parr has managed to fully showcase this character development even though the main focus is put upon Troy and his life. Nick's voyage of self-discovery within Toy is skillfully handled and proves that you never know what goes on behind closed doors. R. Parr has created a wealth of characters that the reader's will instantly connect and sympathize with.

"I start to feel nervous. This conversation could always turn ugly and I've still got at least twenty minutes until my train stop."

About the Author - R. Parr 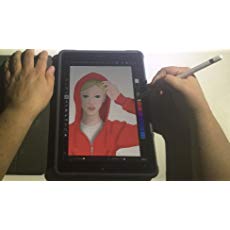 Hi, I’m R Parr! I live in Melbourne, Victoria, on the Eastern coast of Australia. I graduated with a Bachelor of Arts (Honours in English) and a Bachelor of Laws from Monash University. I enjoy sketching, reading detective fiction and romance, using my slow cooker, listening to rain fall on the roof whilst I’m snuggling under the doona and hanging out with family and friends.
For my book illustrations I use the Artstudio Pro program on an iPad, with an Apple Pencil. I love to connect with readers via email.