The Book of Life (All Souls Trilogy)

The two-year wait is over for all those that read the two earlier books in this series: A Discovery of Witches: A Novel (All Souls Trilogy) and Shadow of Night (All Souls Trilogy, Bk. 2). In The Book of Life, the third and final book of the magical trilogy, we finally learn the secrets of Ashmole 782.

Where do supernatural beings come from? That is the question that haunts the witch historian Diana Bishop and her husband, the vampire scientist, Matthew Clairmont. In The Book of Life, Diana and Matthew continue to search for the answer they know hides in the missing pages of Ashmole 782, also known as the Book of Life.

Diana and Matthew have returned from the past. Still clumsy with her powers as a weaver, Diana needs to hone her skills. But dark forces stalk her husband, her, and the twins she carries. It is only her exceptional power as a weaver that can protect them.

Matthew's vampire son, Benjamin Fuchs wants to harm them, as do members of the congregation of vampires, witches and daemons. These supernatural beings seek to destroy them because the relationship between Matthew and Diana violates their covenant against intermingling. With the birth of their twins, Matthew and Diana have another goal. Now,in addition to learning the mystery of Ashmole 782, they need to end the covenant that endangers their children's lives.

The Book of Life takes the reader on a thrilling ride as Matthew and Diana seek to prove that they are not witches, daemons, and vampires, but "humans with a difference." History, science, magic, intrigue, and mystery - The Book of Life has something for everyone. Through this magical trilogy Harkness skillfully explores the themes of racism, fear, and ignorance. As always, her writing is impeccable. The characters continue to grow and become more dynamic. The sparkling prose of the story will keep the reader in suspense until the final page. The book contains violence and some sex scenes so it may not be appropriate for the YA audience.

About the Author - Deborah Harkness 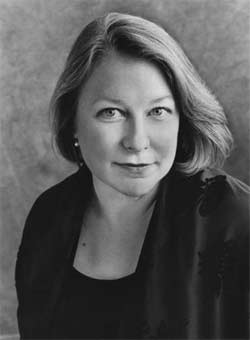 Deborah Harkness is a professor of history at the University of Southern California. She has received Fullbright, Guggenheim, and National Humanities Center fellowships, and her most recent scholarly work is The Jewel House: Elizabethan London and the Scientific Revolution. She also writes an award-winning wine blog.