Double Down by Bruce Wessell is best described as a dark comedy. It follows the life of Johnny Riskin, a sales rep for Five Diamond Foods. The story starts off on the worst day of his life which sets readers up for a fun and exciting ride.

Johnny's day begins by being woken up by a song he hates. His day only goes downhill from there. He learns from his egomaniacal boss that he won't be getting a coveted sales award. Just when he thought things couldn't get any worse, he finds his girlfriend, Michelle, in bed with another man.

By the end of the first few chapters, readers will sympathize with Johnny. From there, the story takes readers to Las Vegas where a cast of colorful characters is introduced. He wins money and loses it. He is chased by former clients, a mother and son team, along with a few Russians. Throughout it all, he retains his dark sense of humor.

Wessell's writing flows smoothly and is filled with details. It is easy for readers to follow along with Johnny and imagine themselves in Vegas with him. The characters are well rounded and each plot line eases into the next. Readers are never left wondering if they missed a pertinent detail as the story evolves. For some, the ending might be surprising but it is well thought out.

To help readers keep up with the changing storylines and characters, each chapter is a day of the week. The chapters also start with a quote. Some are thought-provoking, while others might seem irrelevant. Each quote does fit perfectly with the chapter, giving readers something else to think about as the story evolves.

Double Down is a story about a man that is frustrated with his life. The anger he feels is relatable to many, along with some of the situations he finds himself in. Readers will chuckle at some of the ways he lets his anger out. They will also be amazed at his luck. Every time it seems like Johnny has hit bottom, something happens to turn it around.

Johnny Riskin suddenly goes from an ordinary man with a frustrating job in Iowa to taking a vacation in Las Vegas, with stolen money. He is surprisingly honest with himself about many of his flaws. He also ignores many of them. He is a man that readers will be able to easily identify with. Some of the events that happen to him may seem a little far-fetched.

Bruce Wessell's Double Down is a fun read that shows life is always full of surprises. The attention to detail and vivid descriptions will keep readers interested from beginning to end. It is also fast paced with very little lag between storylines. A delightfully dark-humor read!

"On the front of the shirt, it said, "We Are What Happens in Vegas." On the back, it said, "Warning! Bachelorette Party in Progress," with a picture of a martini glass and an olive."

About the Author - Bruce Wessell 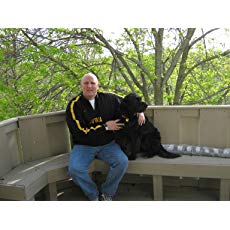 After graduating from Winona State University with a B.S. in Business Administration, Bruce Wessell lived and worked in several Midwestern states. His love of travel and new challenges also led him to pursue career opportunities in South Korea and China. He currently resides in Iowa where he was born and raised. Double Down is his first novel.