Dreams of Winter by Christian Warren Freed is the first installment in the series A Forgotten Gods Tale. It sets the stage for what promises to be an epic fantasy tale. Author Christian Warren Freed's combat experience is evident, along with his ability to create vivid new worlds in this story about people trying to survive a civil war that encompasses worlds.

After three millennia of peace and progress, things are changing in the known worlds. All seven hundred are being plunged into civil war. The old gods aren't dead, they are only sleeping and certain groups are hunting them. The Conclave has guided the known worlds since the gods disappeared. They bestow the wisdom and compassion previously provided by the gods.

However, this peace is threatened when the select few that know the gods' fate find out that they are in danger. Not everyone wants the old gods to return. When one of the mythical THREE escapes from imprisonment, Tolde Breed, a Senior Inquisitor with The Conclave is sent to Crimeat. The being he is chasing is none other than Amongeratix, one of the sons of the god-king. Tolde Breed's task to capture the god-king's son before he can start his reign of terror and return him to The Conclave.

Aided by a member of the Order of Blood Witches, Sister Abigail, they arrive on Crimeat to discover that The Three are already there. Vengeance, Sorrow, and Redemption are already present on a planet where heresy starts insurrections and it's only a matter of time until war begins.

In the style of the Safehold and Fire and Ice series, author Christian Warren Freed has created a vivid universe. His smooth writing style makes it easy to envision the various worlds and follow the various storylines.

There is a lot going on in the novel when sons of the old gods return and civil war across the universe is evident. The complexity of the story is one of the elements that make it a great read. Each character is fleshed out and easily identifiable.

Dreams of Winter is a strong introduction to a new fantasy series that follows slightly in the footsteps of George R.R. Martin in scope. It contains all of the elements readers expect from fantasy fiction, while still being fresh and new. Whether readers are new to fantasy or long-time fans, Dreams of Winter by Christian Warren Freed is a great way to spend a few hours.

"A single drop of rain fell. Lost quickly amongst the dust and grime of the village street, the raindrop went unnoticed. Who could have guessed that a single drop would alter the course of events set in motion thousands of years ago and change the face of the universe forever?" 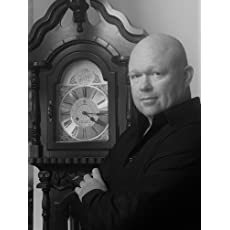