Eat, Pray, Love: One Woman's Search for Everything Across Italy, India and Indonesia

A memoir, brilliantly written with wording designed to fall naturally with the end of each line. The genre is memoir because it's related to Gilbert's public life. At the age thirty-four she went through a tough divorce that made her life miserable. She began to date an actor named David, whom she thought is perfect for her entire life, but that guy proved to be less than what Gilbert was looking for. In order to recover from her miserable experience, she planned to spend a year traveling in Italy, India and Indonesia.

So, she divided the year into three sections and each section contains four months. She writes, "I wanted to explore the art of pleasure in Italy, the art of devotion in India and, in Indonesia, the art of balancing the two."

The section on Italy is tremendously mouthwatering because she enjoys delicious Italian meals with wine and tiramisu dessert, exploring different places with frequent cappuccino and refreshments breaks, and then joins an Italian language class because she was very fond of Italian language.

Gilbert spends next four months in India, where she was scrubbing temple floors, eating different vegetarian meals, struggling to meditate in Ashram and chanting the Guru Gita. She discusses her past life with her best friend Richard, who frequently called Gilbert by a nickname of "Groceries."

Gilbert moves on to her last and final destination to Bali, Indonesia, where she met an ancient healer, Ketut Liyer. He teaches her simple meditation. Gilbert ends up meeting a Brazilian businessman named Felipe and falls in love with him.

The book contains some explicit sexual content because she has mentions the ravishing relationship with her boyfriends, David, and Felipe, which might restricts the younger age groups to read it. Otherwise, it's worth reading it.

"I wanted to explore the art of pleasure in Italy, the art of devotion in India and, in Indonesia, the art of balancing the two."

About the Author - Elizabeth Gilbert 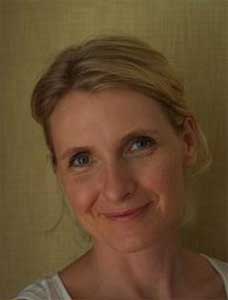 Elizabeth Gilbert is the #1 New York Times bestselling author of Eat, Pray, Love, as well as the short story collection, Pilgrims--a finalist for the PEN/Hemingway Award, and winner of the 1999 John C. Zacharis First Book Award from Ploughshares. A Pushcart Prize winner and National Magazine Award-nominated journalist, she works as writer-at-large for GQ. Her journalism has been published in Harper's Bazaar, Spin, and The New York Times Magazine, and her stories have appeared in Esquire, Story, and the Paris Review.

She connects with her readers on social media.