On the planet Cubonia, a thief, who calls himself a treasure hunter, is tricked into risking his life to steal something precious from a Princess. The Princess, however, in the throes of her own dilemma, does not wish to be parted from the precious item. So, the Princess and the Thief strike a bargain.

They are aided by a Gryffon, who just wants to slog ale and eat sticky buns. The problem is, the Witch of the Wastes also wants what the Princess has. They all end up on an adventure that doesn't go as anyone planned.

The book's enjoyable characters are a variety of races and creatures that help and hinder each other, take turns teaming up on excursions, and have well-developed personalities so you could pick them out at a party. Besides the usual cast of human, elf, goblin, and dragon, the author pulls in lesser known creatures and creates fascinating new ones such as the formidable grass mermen and plains sharks.

In this fantasy adventure where magic and mythical creatures are commonplace, the main characters, wearing their tunics, leggings, swords, and coin purses, use weapons, cunning and the occasional waystone, to escape dungeons, conquer creatures and reach their goals.

Above all else, the characters want to live life on their own terms and make their own choices. For example, when the Thief meets the Princess, "she had already decided that she would be the one to make things different, to take her life into her own hands and control her own destiny."

Although there is no swearing or sex, there is adult humor and excessive drinking of ale.

There's a nice bonus appendix that provides a humorous guide to the world of Cubonia.

The book is recommended for its tongue-in-cheek humor, plot twists, suspense, creative world and inventive characters that are described so well the reader can see and even smell them. Take some time to join these characters on an adventure of Cubonia proportions!

"She had already decided that she would be the one to make things different, to take her life into her own hands and control her own destiny."

About the Author - Ben Mariner 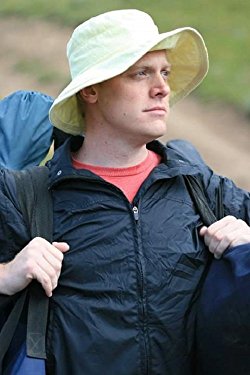 Ben Mariner is the author of the Apocalypse Wow, Tales of Cubonia, and Hero Chronicles series. He has also written The Many Lives of Zane Montgomery which some people definitely read. When not writing, Ben can be found searching the globe for the lost city of Atlantis or attempting to break the record for most consecutive hours spent doing nothing in particular. He is an avid consumer of useless knowledge, a staunch supporter of not eating vegetables ever, and once threw his underwear on stage at a Once Direction concert.