In this fantasy romance, Petyr is a being from another realm who has come to London as part of a group of explorers to learn about humans and how to resist any effects humans may have on their race known as the Nherum. They are a supreme race – ones that don't need to eat or sleep and are curious about why humans do. What they really need to know is why humans are the only beings powerful enough to kill their inner Exir.

Humans are forbidden to the Nherum, but Petyr is attracted to a plain girl named Scarlett. Even though he knows she has the power to cause him to die a very painful death, he cannot stay away from her. Other students at the university cannot believe he is drawn to someone who is as unremarkable as she is, but he is powerless to avoid her.

The story is interesting, but begins with a lot of foreign information, resulting in several chapters of discovery until the reader gets up to speed.

Anyone who loves fantasy stories will enjoy this book and learning about the love between a simple human girl and the centuries old male she has the power to destroy. There is no content in the story that should be considered objectionable by any reader, but it is definitely written for adults.

"Do you mean you bore your supposedly complex mind with trivial human nonsense?"

About the Author - P.I. Alltraine 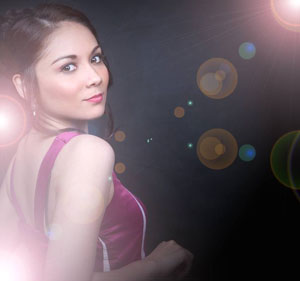 P.I. Alltraine is an award winning poet and author. She has won several international poetry competitions, and her poems have been published in separate anthologies. She teaches English Language and Literature in London. She earned her degree in BA English from Queen Mary University of London, a Post Graduate Certificate in Education and Master's in Teaching at the UCL Institute of Education, University of London.

Before moving to London, she lived in the Philippines where she was ensconced in the rich culture encrusted with dark myths and enchanted tales. She draws inspiration from these in her writing. Although she has lived indifferent places and experienced different cultures, she always enjoyed the constancy of writing in her life. Her favourite authors include John Milton, Virginia Woolf and James Joyce.

She connects with her readers via her website and social media. Her incredible book trailer can be found here.