Home Alone in the Multiverse

William C Dell will make readers ponder one of life's enduring philosophies in his book Home Alone in the Multiverse. Unlike some other books in the genre, readers aren't told the answers, instead, Professor Dell encourages us to think about the universe and how we fit into it.

A Professor Emeritus of Humanities at Montclair State University in New Jersey, William C Dell's novel starts with a bottle of beer and an advertising slogan. Readers familiar with speculative non-fiction and philosophy will understand that some of the best ideas come from seemingly random places.

On the beer bottle is the slogan, "Don't Forget You're Here Forever" but what does it mean? It is the underlying premise throughout the author's book. Are we here in the universe forever or is there something else? If we are here forever, are we connected to anything or all alone in the universe?

For those not familiar with a multiverse theory, Professor Dell does an excellent job of explaining it in clear and concise terms. Even readers that don't agree with the author's ideas will find themselves examining its possibilities in their minds.

As Professor Dell writes, we shouldn't forget that we are here forever. We are part of a multiverse, where there is an infinite number of separate or island universes floating in an endless space. He goes on to propose that everything, whether living or inanimate, regardless of size is a universe. All of the separate universes are connected, similar to being tied to a long string.

In essence, even though each animate and inanimate object are an individual universe, due to this connection we are a part of the multiverse forever. The concept can be difficult to grasp, but the author has a writing style that makes the concepts seem simpler than they are

As the author describes the Cosmos, readers can picture it in their minds. It's this informative, yet easy to understand phrasing that makes Home Alone in the Multiverse a fun and informative read for everyone. Dell starts with the formation of the universe, incorporating Greek mythology. The Uranians, Kronos, and the Titans all make an appearance in the author's explanation of how time and the universe began.

It's these simpler and often familiar explanations that make the book an interesting read for beginning philosophers and those looking for a better understanding. Who knew that some revolutionary ideas could begin with a simple bottle of beer.

About the Author - William C Dell 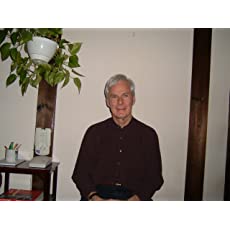