Hunted by A.J. Calvin is a fantasy story that brings something new to the genre. Fantasy lovers that are looking for something different than wizards and quests, will be pleasantly surprised by the time they get to the end of chapter one.

The book follows two fraternal twin sisters, and is told from Chandra's point of view instead of her twin's. It seems that both Chandra and Xandra have special powers, only they now find themselves on opposing sides in a war that has lasted for thousands of years between the summoners and the hunters. Xandra's powers allow her to join the hunters, a secret society dedicated to destroying the summoners. Chandra becomes a powerful summoner, able to control demons.

For eight years Xandra believes that her twin is dead until fate and the murder of another summoner at her hands brings the sisters together. Unlike many fantasy books where the characters prevail and have a happy ending, Hunted is a little different. Readers will be satisfied at the story's conclusion, even though everyone doesn't "happily ever after."

Often set in Seattle and Boston, author A.J. Calvin brings these familiar U.S. cities to life. Readers can easily picture themselves walking down the streets, and even the descriptions of the tunnels that exist beneath the cities are realistic. The primary characters are well-rounded. Readers will find themselves identifying with at least one. Whether it's Chandra trying to stay under her twin's radar, Xandra, or the summoner formally known as Elliot.

Even though the characters have powers that set them apart from other humans, they still suffer the same emotions. Love, fear, anger, remorse, and even guilt. It does make them more identifiable and helps the story flow smoothly. The only downside is some of the names can be difficult to pronounce. However, it doesn't take away from the story only gives it an additional element. Hunted is also a story about living an 'average life'. Sometimes, people learn that they're not as ordinary as they thought.

"Yes, I suppose I do have some explaining to do," he replied. "I called you here because you possess a great talent, one that you undoubtedly don't know that you have. I happened to notice you a little over a week ago—you were in this area of town, with some friends, going to dinner I presume. I could feel your power then, and I knew I must take this opportunity to teach you how to use it." He shook his head slightly, wonder spreading across his face. "You can become very great, Chandra Grey…You do not need to live an average life; you can become so much more than ordinary."

If you're looking for a new spin on fantasy and want to escape from your ordinary life, A.J. Calvin's novel Hunted is a perfect choice.

"I could feel your power then, and I knew I must take this opportunity to teach you how to use it."

About the Author - A.J. Calvin 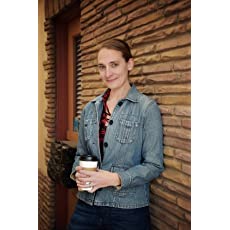 I am a science fiction/fantasy novelist hailing from Loveland, Colorado. By day, I work as a microbiologist, but in my free time (evenings and weekends) I write. I live with my husband, our cat, Magic, and a fairly large salt water aquarium. When I am not working or writing, I enjoy scuba diving, hiking, and playing video games. My first fantasy series (The Moon's Eye, The Talisman of Delucha, and The War of the Nameless) was self-published between 2008 and 2010. I am currently working on a major fantasy project, The Caein Legacy, which I hope to have published in the near future.