The Language of Equals is a historical fiction novel that is both moving and enlightening. Set in Cambridge, England during the turn of the century, it is told from the perspective of Srinivasa Ramanujan and follows his personal journey. His is not an easy path and readers will quickly find themselves drawn in.

Ramanujan is a native of India, which is under British rule. As a devout Brahim, he finds Cambridge to be a cold and impersonal place where Christianity frowns upon his religion. It is a difficult transition for Ramanujan, a mathematics savant. He is separated from his family, home, and plagued with illness. It is even difficult to eat. He is a strict vegetarian, as per his religion, something that is almost unheard of at that time.

Adding to his difficulties, is the threat of WWI, which will draw England and by association India, into the horrors of war. He finds solace in the few friends he has in Cambridge, along with his unique understanding of mathematics. It is with math that Ramanujan can speak as an equal among his peers.

David Ackley has recreated England at the turn of the century when it is facing one of its' greatest challenges. The details are historically accurate and help to bring that period in history alive to readers. The Language of Equals also delves into the discrimination that was prevalent during the time.

This a story with a message that resonates today. Inequality still exists. For many, it is a daily hurdle they have to overcome. Srinivasa Ramanujan, inspired by his patron goddess, Namagiri Amman, found acceptance and respect in Cambridge elusive except for his mentor and the North family. This is also a story about loneliness and following your passion no matter the cost.

It is the story's ending that gives hope to the reader. It serves to remind us that every ending is the start of a new beginning. "Mr. Reimann paused and waited until they both continued up the path, and Ramanujan sensed that his next life might lie just up ahead."

The Language of Equals is a novel that reminds us that differences are to be embraced. There is one language that everyone can understand. Math is universal, it knows no boundaries and if you can "speak" it, you can "talk" to the universe. Whether math is truly the language of the gods is something that readers will have to decide for themselves.

"Mr. Reimann paused and waited until they both continued up the path, and Ramanujan sensed that his next life might lie just up ahead." 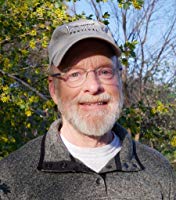