Making Bad Choices is a teenage romance packed full of drama. When Cassie's mom dies from cancer, she moves across the country to live with her father's family, including her long-despised stepbrother. Her problems include getting used to a new school in a new town, but certainly don't stop there.

This story is clearly a teenage tale, heavy on emotion and rapid-fire social catastrophes. In many ways, it's reminiscent of after-school television from Disney or Nickelodeon aimed at teenagers, though there is a bit more of an edge, as these teenagers party like college students with money and really unobservant parents. There are many cliché scenes, including a detailed account of Cassie's first day at the new school and a scandalously revealing game of drunken truth-or-dare.

This is not a book for pre-teens, young teens, or sensitive people. The kids in this get drunk, do drugs, and have sex pretty frequently. This doesn't always work out well for them, but it's not exactly condemned. Parents aren't often shown in a good light, and in the end they just cave to the decisions of their angry kids. It should be noted as well that the romance is between Cassie and her stepbrother Cutler, though they met as teens; this is apparently an occasional concern to real blended families and anyone who knows teen hormones shouldn't be surprised.

For all Making Bad Choices is full of clichés, it doesn't do them badly, nor are they boring. The story is well-written, though please bear in mind it is written from the perspective of a teenage girl and word choices reflect that. If you're looking an entertaining bit of high school drama, scandal, and romance, this is a very good offering.

"And it wasn't fine, not really. Actually, it made a strange sort of sense, my stepbrother Culter reentering my world on the worst day of my life."

About the Author - Rita Stradling 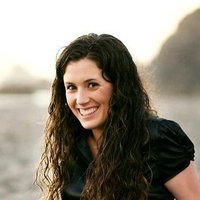 Rita Stradling has a BA in Art History and a particular interest in modern and medieval art. Rita lives with her husband and son in Northern California. Her seven year old son wants to be an astronaut when he grows up. She has an insatiable novel addiction and mostly reads young adult and adult: paranormal, urban fantasy and high fantasy.