Murmurs of Insanity is a criminal, mystery thriller by Gerrie Ferris Finger. It is the third novel in the Moriah Dru/Richard Lake series. It follows the adventures of Moriah Dru, a female private detective, and her partner, Richard Lakeland, as they attempt to solve a murder that has strange connections to a noted drug lord, Big DD-McFersen.

Meanwhile, Moriah's half-brother, Baxter Carlisle, asks her for assistance in clearing his name. He gives her a lead on a person named Damien Hansel. As she continues to persue both cases, she begins to notice eerie similarities between them. The mystery deepens and she begins to find out just how many people in Georgia are in danger. Furthermore, Richard Lake also appears to be involved in a sadistic plot and she begins to think "I've lost it" as she uncovers more and more of it.

The novel was written in first person. Therefore, some aspects of the story are lost and the plot is unclear in some places. The book could have benefited from more editing. However, the plot itself is very intriguing and hair-raising. It is best suited for an adult audience as it contains graphic scenes including violence and sex.

The main theme is exposing how fast a person's mental state can unravel under strange circumstances regardless of how tough they are. Therefore, Murmurs of Insanity present a compelling narrative that will make the readers sweat as they become fully invested in Moriah Dru.

"Dangerous age, but she's of consent."

About the Author - Gerrie Ferris Finger 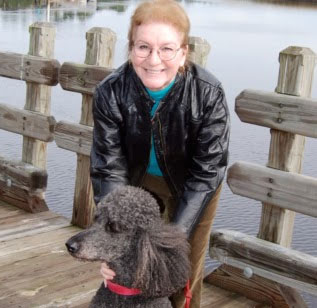 Gerrie grew up in Missouri then went South to write for The Atlanta Constitution. She traveled the Tobacco Roads of Georgia and Alabama and the narrow, historic streets of New Orleans. She wrote about Natchez, Mississippi's unique history, Florida's diverse population, and the Outer Banks struggle to keep light houses from toppling into the sea. Visits to Cape Hatteras resulted in her historical paranormal, THE GHOST SHIP.

WHISPERING, a romance, is set on one of Georgia's barrier islands. Three books in the Laura Kate O'Connell Plantation Series were set in southwest Georgia's plantation region. They are: WHEN SERPENTS DIE, HONORED DAUGHTERS and WAGON DOGS.

Gerrie connects with her readers via her website and her blog.