In Marx's Sophistries - The Fractured Logic of Das Kapital author Lawrence Eubank is a thought-provoking book that will have followers and dissidents of Karl Marx's views eagerly turning each page. Some will agree with the author's viewpoints, while others might find themselves arguing with each chapter.

In a sense, this is the response author Lawrence Eubank wanted to elicit from his readers. Marx's Sophistries is a continuation and revision of his previous novel Why Marx Was Wrong. It is a tricky and touchy subject for the author to tackle, but as he is dissecting each of Karl Marx's points made in Das Kapital he clearly explains why Marx was wrong.

If readers are in doubt of Lawrence Eubank's views on Karl Marx's philosophies it is quickly cleared up in the introduction. When describing the logic in Das Kapital Eubank writes, "His opaque language, his eccentric approach to "science," and his abstruse metaphysical arguments produced a text that is portentous and impressive-sounding while remaining ambiguous and nearly incomprehensible."

It is clear that in Marx's Sophistries the author will take each point of logic and tear it apart.

Readers won't find that this book pokes fun at Marx or belittles his ideas, only that the logic is incomplete and impractical. It is not the author's intention to insult those that follow Marx's beliefs, only to give them something to think about. There is always room for improvement in philosophical ideas and this includes Marx's views on capitalism.

Anyone that is interested in the arguments made by Karl Marx will find the book intelligently written. Lawrence Eubank takes each argument and challenges the validity of the assumptions Marx used to reach his conclusion. The premise of Das Kapital is to prove that by its nature capitalism is corrupt. Marx's Sophistries shows that the logic used to reach this conclusion is by nature wrong.

Readers that are just getting interested in the subject will get a unique understanding of capitalism and why it works. The chapters are logically divided to make it easier for readers to follow each point as it is made. To ensure that each of his argumentative points is supported by facts, readers will find excerpts from other authors throughout each of the chapters.

Whether you believe in Karl Marx's ideas on capitalism, want to know more, or are looking for alternative viewpoints, Lawrence Eubank's book Marx's Sophistries The Fractured Logic of Das Kapital will give you plenty to think and talk about.

"His opaque language, his eccentric approach to "science," and his abstruse metaphysical arguments produced a text that is portentous and impressive-sounding while remaining ambiguous and nearly incomprehensible."

About the Author - Lawrence Eubank 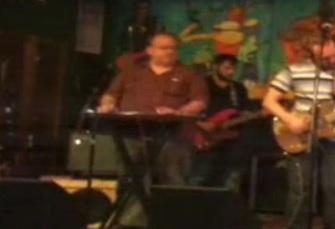 The author, educated as a computer programmer and consultant, is now a freelance writer, with articles published in Chronicles – A Magazine of American Culture; the British magazine Quarterly Review; and online at New English Review, NewsRealBlog, WorldNetDaily and EnterStageRight.