The Whisper of Stars

The Whisper of Stars is a sci-fi thriller by Nick Jones. The year is 2091 and humanity has been threatened with extinction by global warming. Government scientists believed that the only way to save mankind was to force hibernation on every individual for six months. Jennifer Logan is a hardened cop in the new Duality Division, which is charged with enforcing the new policy. Her heart is not touched by the pleas or sufferings of the hibernators, but she begins to gradually lose faith in the system as she vaguely recalls memories from the past.

As she begins to turn against the system, Jennifer begins to face a new kind of terror. She has the ability to abstractly control a secret weapon that would mean disaster for the human race. Moreover, the weapon had been created by her father. As the truth begins to sink in, Jennifer has to face the inevitable. She can trust no one.

Nick Jones did a great job in writing this, but he placed too much of an emphasis on technology. Some parts of the story seem inconsistent with the technology he describes. The plot contains some violence and some sexually explicit scenes, making this book suitable only for adult readers. In summary, The Whisper of Stars presents heart-pounding thriller that leaves the reader in breathless suspense until the final chapter.

"It didn't matter who you were or how much you had - in the end, everyone would be drafted."

About the Author - Nick Jones 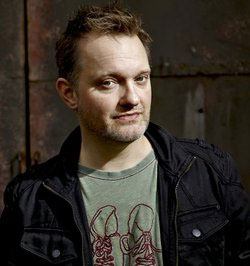 Nick Jones was born in Stratford-Upon-Avon, Warwickshire in 1972. His debut novel The Whisper of Stars was released in April 2014. He lives in Gloucestershire with his twins, Charlie and Ella, two dogs and two fish. Nick can usually be found in his garden studio surrounded by notes and scribbling on a large white board. Follow what he's up to on social media.