Wolf Hunter Inquisition: The Freeing of Chiropteran by Miller Thomas is not your ordinary story about vampires. The author brings fresh life to the old genre with this exciting and sometimes frightening story about vampires and humans. The book follows Danny Roberts, a detective in thrall to a powerful female vampire named Mistress, a member of an ancient organization known as the Shepherds, whose sole purpose is to protect humans from wolves. The wolves are humans that kill the innocent and vulnerable. They also threaten to destroy the ancient peace accord that exists between vampires and humans. After all, humans are the vampires' primary food source, and protecting it ensures their survival.

While the Mistress is training Danny both to serve her and become a Shepherd, he is still trying to manage his human life. Now that he's in thrall to a vampire, it's not safe for him to be around his partner on the police force or any other human. It's time for him to disappear and concentrate solely on the Mistress.

There is plenty of murder, mystery, and action throughout the novel and readers will find it difficult to put down. As soon as Danny and the Mistress dispatch one serial killer another pops up in Los Angeles. It's this non-stop action and suspense that keep readers eagerly turning the pages.

Unlike other novels in the genre that mix vampires and humans together, readers won't find romance. The story is more gothic than romantic which makes Wolf Hunter Inquisition: The Freeing Of Chiropteran a novel that appeals to a broad audience.

Thomas's writing style allows the story to flow smoothly. The descriptions are vivid and create elaborate images in readers' minds. It is one more way the author draws readers in and keeps them until the last page of the book.

Readers will feel Danny's confusion and even anger as he learns about being in thrall to a powerful and seductive vampire. It's this descriptive writing that also helps keep the impressive array of characters easy to remember. T

here are a lot of characters in the novel, especially secondary ones. Some people may feel that some are unnecessary and only serve to make the story more confusing. However, these characters are what help tie everything together.

Whether you're a long-time fan of vampire stories and are looking for a new spin on the genre or what to try something different, pick up a copy of Wolf Hunter Inquisition: The Freeing of Chiropteran and escape for a few hours into the world of vampires.

"Now, Danny, just calm down before you hurt yourself, she whispers in her seductive foreign accent. You're safe now. I'm sure you have a million questions, but for now, you must trust me. Now, promise me you'll behave, and I'll release you."

About the Author - Miller Thomas 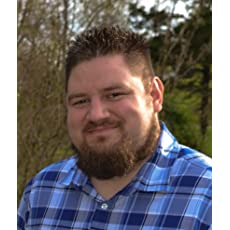 Miller Thomas first discovered his love for writing at the age of nine. Tapping away on his mom's old, green typewriter, he wrote many stories about his Pitbull puppy, Darla the Wonder Dog. The thought never occurred to him, however, that writing could be anything more than a hobby.

He graduated high school and went to college, majoring in Criminal Justice. He enjoyed the challenge of writing assignments and thought to continue on to law school. After graduating with a Bachelor's degree, life, however, took a different turn, as he fell in love and decided to get married. A few years later, during a vacation at home, he started writing out of boredom. His first published novel is the result of six years of off and on work. Along the way, he started to dream of the joy writing for the enjoyment of others could bring. Crime and detective work seemed a natural fit, with his knowledge of the legal process and dedication to authentic characterization, all be it with a romantic flare.


The need for a career, marriage and starting a family, however, put a hold on the full realization of those dreams. His love rekindled, he finds time for writing between working a full-time job, raising a toddler and preparing for another coming soon. He hopes you will enjoy his work and values any feedback you would like to share. Thank you, and happy reading,
Miller Thomas